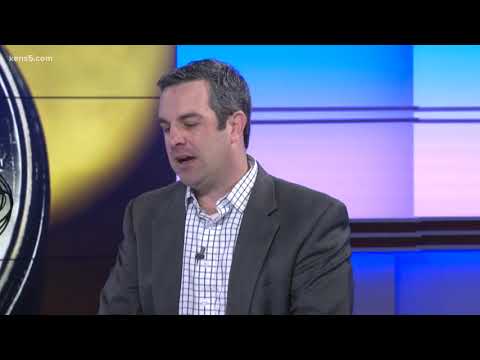 Newly appointed China's central bank head Yi Gang: "Bitcoin is a currency that provides freedom to anyone that uses it."

Newly appointed China's central bank head Yi Gang: "Bitcoin is a currency that provides freedom to anyone that uses it."


Upon the nomination, bitcoiners and blockchain entrepreneurs are getting a clue that this newly-nominated PBOC head may be a bitcoin favorer according to his early public statements.
Early in 2013, Yi Gang, served as No.2 to incumbent governor Zhou Xiaochuan, has publicly aired his opinion on bitcoin, saying bitcoin has distinctive features and it is enlightening, and he, personally, will stay focused on bitcoin for a long term.
As for bitcoin trading, he regarded bitcoin trading as an Internet-based buying and selling, and thus ordinary people have the freedom to participate in bitcoin trading.
From 2013 to 2018, these 5 years see few changes of China central bank's attitude towards bitcoin.
Yi's 'support' for bitcoin get one thing straight, that is, many financial professionals have been interested in bitcoin and studying the value of bitcoin since long ago.
Yi might have a good understanding of bitcoin and open to new issues, but the government stance is not changed as recently Zhou Xiaochuan made that central bank doesn't recognize bitcoin as payment tool and doesn't like speculative products.

Yi Gang, New governor of the People's Bank of China is in favor of Bitcoin

LOEx Market Research Report on May 26: Mainstream currencies take the stage, small currencies sing; The market may not be over

Hi Bitcoiners!
I’m back with the fifteenth monthly Bitcoin news recap.
For those unfamiliar, each day I pick out the most popularelevant/interesting stories in Bitcoin and save them. At the end of the month I release them in one batch, to give you a quick (but not necessarily the best) overview of what happened in bitcoin over the past month.
And a lot has happened. It's easy to forget with so much focus on the price. Take a moment and scroll through the list below. You'll find an incredibly eventful month.
You can see recaps of the previous months on Bitcoinsnippets.com
A recap of Bitcoin in March 2018

China has crossed the renminbi-con.
The value of China’s currency, the renminbi, has weakened past seven renminbi to one U.S. dollar. If you wished to buy an American dollar with China’s currency, in other words, it would cost you more than seven renminbi. (At press time, it cost 7.05 RMB.)
Why does this matter? For years, official policy in Beijing held the line under seven, keeping the nation’s currency from deteriorating beyond that (somewhat arbitrary) psychological threshold. As of Monday morning, the currency’s value breached the self-imposed limit—something that has not occurred since the global financial turmoil of 2008. The event—a seemingly minor devaluation—signals a major ramp up in the trade conflict between the world’s two superpowers, and it demonstrates how states can turn their currencies toward macroeconomic combat.
Consider how a weaker renminbi might tilt trade to China’s advantage. In such a scenario, a Chinese exporter could cut prices, listed in U.S. dollars, and yet continue to reap the same amount of renminbi in sales as it did pre-discount. So, say you’re a factory in Guangzhou used to pulling in 700 renminbi on $100 worth of electronics; at the present rate, you would bring in 705 renminbi on $100 worth of those same electronics—a slight edge that could help to offset the impact of higher tariffs, which U.S. President Donald Trump has indicated he plans to levy.
If Beijing continues to allow the renminbi to weaken, the strategy will almost certainly come back to bite the Middle Kingdom. Inflation could rise. Consumer spending could drop. Money could take flight overseas. The currencies of neighboring countries could face similar markdowns. Commodities, such as soybeans and oil, could become more expensive to purchase. And paying down debt to foreign lenders could become more expensive. These are all possible negative knock-on effects.
Investors, fearing the worst from such geopolitical brinkmanship, are responding by de-risking. So far, the S&P 500, the Down Jones Industrial Average, and the Nasdaq Composite have all suffered their worst drops of the year.
Like Trump’s proposal to boost tariffs, Beijing’s willingness to indulge the renminbi’s decline represents a weapon in the U.S.-China trade skirmish (which is looking more pessimistic by the day). In a post on Twitter, Trump accused China of currency manipulation, and called it “a major violation which will greatly weaken China over time!” The People’s Bank of China, meanwhile, blamed U.S. policies for the price movement and Yi Gang, the central bank’s governor, asserted that China will “not engage in competitive devaluation.”
All this tumult is, of course, feeding interest in cryptocurrencies, an asset class whose boosters claim to be decoupled, mostly, from the vagaries of nation state strife. To wit: Bitcoin’s price rose as much as 15% on Monday.
The die has been cast, as an old Roman once said.
Robert Hackett | @rhhackett | [email protected]
* More Details Here

Watching the screens on Sunday could not have been glummer. True $BTC after a double top at $11680 looked like it was heading for $7,500 handle but the bigger train wreck was in $ETH. Seeing how the coin put up a fight at $700, was expecting to see something similar at $565 beg-Feb lows but no... just sliced through it like a hot knife through butter.
Stripping out one fat tail situation, our $BTC flows were surprisingly balanced heading into the weekend as the markets digested a $1k swing. $ETH was where most of the knife catching took place so when it dropped to early December lows without so much as a fight, understandably accounts weren't exactly eager to double down.
While the ripple effects from the subpoenas continued in the form of "dozens of investigations" alongside a few cease and desist orders slapped on revealed ponzi schemes, the 311 page 2018 Joint Economic Report published by the Joint Committee Congress went largely unnoticed. It's a shame because the dust collector actually devoted 26 pages to blockchain and cryptocurrencies. I am cherry picking but to pick out a few quotes:
"The Report suggests blockchain as a potential tool for securing America’s digital infrastructure."
"[...] revolutionizing the way the world conducts commerce and shares information."
So they see a plethora of benefits to be gained by utilizing the cutting edge technology in everything from efficient electricity grids to nurturing entrepreneurship. The fact that they were cognizant of the incoherent regulation stifling growth was also a pleasant surprise.
And while Coincheck took precautionary measures by ditching the three anonymity providing tokens, more positive developments elsewhere. AMF (l'Autorité des marchés financiers), the French financial regulator pulled a 180 and is now looking to encourage ICO's by introducing legislation recognizing it as a legitimate means of investment.
More of Wall Street jumping into the fray. The latest being Jane Street Capital which churns $5.6 trillion, just announced adding bitcoin to their 56,000 strong list of products they trade worldwide.
Not sure what to make of Mark Carney's statement. The chair of G20's Financial Stability Board DK'd requests to regulate crypto dismissing the asset class as an unlikely threat to stability of global finance considering the market cap being less than 1% of global GDP.
The markets are seeing a bounce after the bloodbath past few but don't blame you if you're on the sidelines cause there have just been way too many head fakes...
As the G20 goes on, Xi Jinping appoints Yi Gang as PBOC, ECB's Mersch to speak tomorrow, Jerome Powell will chair his first FOMC meeting this Wed so plenty on the agenda.

Chinese comments are translated to English: "What Happened At The Satoshi Roundtable"