Bitcoin on the CFTC's radar as Commissioner Mark Wetjen ... 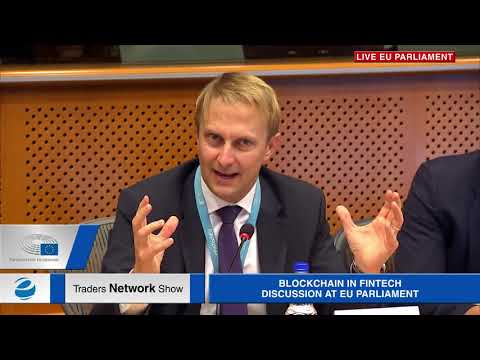 Link to original post on Coinsetter
Mark Wetjen, one of the commissioners of Commodities and Futures Trading Commission (CFTC) today penned an opinion piece in the Wall Street Journal revealing that several trading platforms already registered or soon to be registered intend to list Bitcoin derivative contracts. The CFTC has been one of the most active agencies looking into the promise of Bitcoin and what it could do for the financial system. They had a hearing about Bitcoin that attracted some of the key players in the industry and helped the committee learn more about where Bitcoin could head and how best to regulate it without stifling innovation.
CFTC Gets Interested
As Bitcoin gains in popularity, the derivative market around the cryptocurrency is bound to mature as well. Merchants who accept Bitcoin hedge their risk by direct conversion to fiat using payment processors like Coinbase or BitPay. However, these payment processors need to hedge their risk to currency fluctuation as well. The use of derivatives is an easy way to accomplish this, and the CFTC regulates derivatives like swaps in the United States. It should be noted that several exchanges already trade derivative products related to Bitcoin, but they are not regulated.
It is debatable whether Bitcoin is a commodity though, and whether CFTC has the authority to regulate it. From the article, Mr. Wetjen thinks it is –


The definition of “commodity” under the CFTC’s authorizing statute could be read to include Bitcoin, in which case the CFTC would have authority to bring enforcement actions against anyone who attempts to manipulate the virtual currency


Beyond Currencies
The CFTC seems to be one of the few governmental regulatory agencies that sees the potential of Bitcoin technology beyond its simple use as a currency. This was also clear during the hearings that the CFTC organized last year. The CFTC believes that Bitcoin and blockchain technology could rewrite the financial industry. In fact, Mr. Wetjen quotes Marc Andressen, a popular VC who has invested heavily in Bitcoin companies in his opinion article


“If [Bitcoin] works, we can re-implement the entire financial system as a distributed system as opposed to a centralized system. We can reinvent the entire thing.” … Bitcoin or similar technologies can be used as platforms for financial innovation in the digital transfer of currency, securities, contracts and sensitive information. Such innovation could play a fascinating role in the derivatives markets as well as financial services more broadly, as Mr. Andreessen suspects.


The CFTC then seems to believe that Bitcoin has potential to recreate many of the financial industry systems. Several experts also believe that most of the futures regulation that the CFTC oversees could be written as smart contracts on the Bitcoin blockchain, thus making it unnecessary to explicitly regulate Bitcoin futures contracts.
Price Manipulation
The CFTC has also made it clear that if Bitcoin is regulated under its jurisdiction, it will have the authority to take action against Bitcoin price manipulation. Bitcoin price currently is pretty much a wild-west currently with many possible ways to manipulate the price. Therefore, even the products that are approved by the CFTC need to take the price of Bitcoin only from those exchanges that can comply with existing regulation (such as KYC rules).
It seems like the CFTC is keen on seeing Bitcoin succeed and realize its potential while limiting its downside risk by creating a framework under which startups can operate.


Rarely can derivatives regulators anticipate a new market’s potential benefits while devising an appropriate regulatory framework. But virtual currencies such as Bitcoin, and other competing protocols and related technologies, represent such an opportunity.

The Chamber of Digital Commerce has announced a new member to the organization’s advisory board. Mark Wetjen, head of global policy for the Depository Trust & Clearing Corp. (DTCC) is joining ... Wetjen wrote that under the CFTC’s authorizing statute, the definition of “commodity” could be read to include Bitcoin, in which case the commission would have the authority to bring enforcement actions against any individual who attempts to manipulate Bitcoin. He said the commission “certainly has a responsibility to ensure to the greatest extent the integrity of the derivatives ... In conclusion, Commissioner Wetjen explained that “The discussion will be relevant in helping the CFTC and the public better understand the potential benefits that Bitcoin or Bitcoin-like protocols and technology – as opposed to the crypto-currency itself – could bring to the derivatives marketplace. Settlement and other trustee-like services are at the core of the bitcoin-technology ... LedgerX, an institutional bitcoin trading and clearing platform, announced this week that Mark Wetjen, the ex-commissioner of the U.S. Commodity Futures Trading Comission (CFTC), will join its board. Nominated by President Barack Obama in 2011 and unanimously confirmed by the Senate as one of the five CFTC commissioners, Wetjen both helped to implement the first ... BitCoin News. Bitcoin; Ethereum; Alt Coin; ICO; Blockchain; Mining; Regulation; Scam; More. Entrepreneurs; Contact us; Home LedgerX Board Member and Former CFTC Chair Named CEO of Miami Futures Exchange wetjen-3.jpg. wetjen-3.jpg - Advertisement - Get in touch. 567 Followers Follow. 388 Followers Follow. 1,661 Followers Follow ...

Rules and Governance for the Blockchain Economy BEF SF 2018