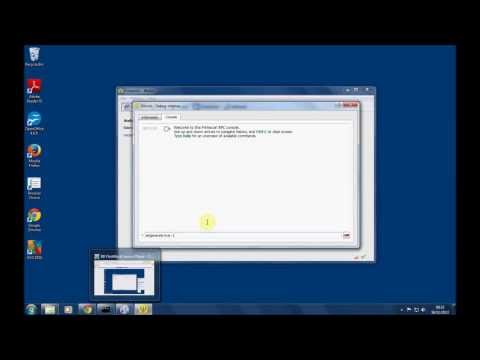 Regarding the "Bitcoin and Magical Thinking" blog post spotlighted on Techmeme today - The network, the infrastructure, and the community behind it is hardly a "magical thought."

I'm referring to this post, which a Bitcoin-opposing friend just sent to me with the subject line, "An damning indictment" -
http://www.techmeme.com/131219/p3#a131219p3
I responded with this:
The network, the infrastructure, and the community behind Bitcoin is hardly a "magical thought" (Here's the definition of that concept from contemporary Western psychology: http://en.wikipedia.org/wiki/Magical_thinking)
Two weeks ago, there was very good debate about Bitcoin -
Ultimate Bitcoin Showdown - Posted Dec 2, 2013 - [30:14] - Goldbug/dollar-skeptic Peter Schiff vs. Erik Voorhees, Bitcoin entrepreneur formerly of BitInstant (https://www.bitinstant.com/), now of Coinapult (https://coinapult.com/) - http://www.linkedin.com/pub/erik-voorhees/b/804/385
I'll post the link to the full video below, but I first want to quote from it:
As Voorhees says, gold-backed digital curencies have been attempted and were then quickly shut down by the gov't. He later says (at 9:20), "[Bitcoin] could absolutely go to zero and the whole thing is completely experimental right now. So I'm not here to say that Bitcoin is a good investment. What I'm here to say is that the Bitcoin payment network is one of the most important technologies that has ever been invented, and it's important to understand that there is value in that technology [and] it's important to understand why that technology is so useful to people, especially people who care about liberty around the world." And he explains later that this infrastructure cannot be reproduced easily...even if Bitcoin is not the winner of the crypto-currency market competition. He also compares the hardy vitality of P2P currencies to that of P2P file-sharing. The free, independent Napster file-sharing service was launched in June of 1999 an rocketed to popularity, but the shutdown of it in July of 2001 was not exactly the end of free P2P music-sharing... In fact, just going by the services that I can just recall fellow college students using at the time, there was:
SoulSeek (launched in 1999/2000)
Gnutella (early 2000)
BearShare (December 2000)
Morpheus (2001)
Kazaa (March 2001), and
LimeWire (May 2000).
And of course there are the file-sharing services that are popular today, from Dropbox to these:
http://www.ebizmba.com/articles/file-sharing-websites
to these:
http://en.wikipedia.org/wiki/Comparison_of_BitTorrent_clients
Now. As far as digital crypto-currencies today, there's Litecoin, Peercoin, Namecoin, Quark, Protoshares, Worldcoin, Megacoin, Primecoin, and Dogecoin, and dozens other listed here, totaling in 54:
http://coinmarketcap.com/
The point that Voorhees makes about the pooled inventiveness and ingenuity of the crowd reminds me of something both revolutionary and prophetic that was said by John Gilmore (an American computer science innovator, Libertarian, Internet activist, and one of the founders of Electronic Frontier Foundation). He said:
"The Net interprets censorship as damage and routes around it."
-As quoted in TIME magazine (6 December 1993) (yes, 1993!)
http://en.wikiquote.org/wiki/John_Gilmore
Furthermore, on a separate note, the media angle that Bitcoin is practically "over" because of China blocking it (which that same friend was gloating about), here's all I have to say as well:
Here's a list of enterprises that were hardly destroyed after being banned in glorious all-powerful China:
Facebook, YouTube, Twitter, Wikipedia, WikiLeaks, and the New York Times' online edition (and a few others, named at the following links) were each NOT blasted into nonexistence by the force of "the Golden Shield Project," which we Americans call "the Great Firewall." Yup, Bitcoin is "over"!
References:
https://en.wikipedia.org/wiki/List_of_websites_blocked_in_China
https://en.wikipedia.org/wiki/Censorship_of_Wikipedia#China
http://www.nytimes.com/2012/10/26/world/asia/china-blocks-web-access-to-new-york-times.html?_r=0
https://en.wikipedia.org/wiki/Internet_censorship_in_the_People%27s_Republic_of_China
Hey, but waddaya know - Some of the 1,350,695,000 people in The People's Republic have ways around that censorship, as do the millions of people in so many other Internet-censoring countries:
https://en.wikipedia.org/wiki/Internet_censorship_in_the_People%27s_Republic_of_China#Evasion
http://en.wikipedia.org/wiki/Internet_censorship_circumvention#Software
Here's the full video of the Bitcoin debate:
http://www.youtube.com/watch?v=7mUn-d8R98k
Edit/Follow-up: To extend the analogy of P2P digital currencies and P2P file-sharing (and most notably, music-sharing), what would be the currency equivalent of iTunes, which came ou in January 2001? Will JPMorgan's crypto-currency project (as I saw here, and it was downvoted to hell: http://www.reddit.com/Bitcoin/comments/1sp6hh/jpmorgan_is_looking_to_copy_bitcoin_and_the_coin/), even though it was initially rejected 175 times, find some way to charge/surcharge people small amounts at a time for usage (a la iTunes' 99 cents per song), in traditional-bank-style?

This effect inevitably leads to large centralized mining pools which, combined with the reduces network security, means that one mining pool will almost certainly have de-facto control over the entire network. With Bitcoin and its 2 stale rate, this is not a significant issue. With Primecoin at 17, this is a moderate concern. With Quark, this ... Kaufen Sie Bitcoin an 6.000 Einzelhandelsstandorten in Kanada. [-] Bitcoin Foundation: Die älteste und größte Bitcoin Advocacy-Organisation. Wir bieten Koordination und erhöhen das Bewusstsein für die Vorteile, Nutzungen und Technologieanforderungen von Bitcoin. [-] Bitcoin Magazine Recent Posts. Bitcoin Halving 2020: How the World’s Largest Mining Pool Is Helping Miners ‘De-Risk’ Bitcoin Price $9.5K Resistance Puts BTC Halving Rally in Jeopardy; Trendi Read the exclusive interview with Primecoin’s creator Sunny King in the issue 13 of Bitcoin Magazine. One of the disadvantages of Bitcoin that its proponents often gloss over is the fact that its mining algorithm has little real-world value. The underlying issue is this: in order to add a new block to the Bitcoin blockchain, a Bitcoin miner ... On September 16, 2019, BTC.com, Bitmain’s mining pool, lost its years’-long first place position to another China-based mining pool, Poolin, whose real-time hashrate read 13,3

Bitcoin 2019: The Genesis of Asia’s Mining Pools & Their Vital Role in the Bitcoin Ecosystem by Bitcoin Magazine. 23:46. Play next; Play now ; Presentation from Celsius by Bitcoin Magazine. 31 ... I show you how to quickly set up solo mining with Primecoin XPM. For more indepth instructions visit - http://www.letslearnthis.com/cryptocurrency/how-to-sol... ***If you have problems installing anything, write a comment and I will try to help you out :) *** Tips are more that welcome Xpm Addr :AMe5xe3BBfDUx4ZwwxEA1... Bitcoin magazine voorziet je van de laatste technische analyses en interviews met key players in de crypto wereld. Elke dag kun je een nieuwsupdate verwachten met daarbij elke zondag een interview ... Subscribe to MadBitcoins wtih Bitcoins (pay what you want): ... How to mine Primecoin on Beeeeer.org pool. High Payout!(HD) - Duration: 2:13. kasperkj11 15,839 views. 2:13. The 48 Laws of Power ...